Call your Representative today and urge that they vote "yes" on H.R. 1865, Allow States and Victims to Fight Online Sex Trafficking Act of 2017 also known as the FOSTA-SESTA legislation.

Congresswoman Ann Wagner's (R-MO) bill, H.1865, Allow States and Victims to Fight Online Sex Trafficking Act (FOSTA) is being brought to the House floor tomorrow. The bill, with an amendment from Congresswoman Mimi Walters (R-CA) that includes victim-centered provisions from S. 1693, the Stop Enabling Sex Traffickers Act (SESTA), sponsored by Senators Rob Portman (R-OH) and Richard Blumenthal (D-CT), will help give those who've been trafficked online through sites like Backpage a pathway to justice. This bipartisan package will clarify that Section 230 of the Communications Decency Act (CDA) does not prevent states and victims of sex trafficking from pursuing justice against the sites that knowingly facilitate trafficking.

We're very close to passing historic legislation that will help those who are trafficked online. And we need your support to get it done. Call your rep today!

"My name is ___ and I live in Representative __(Name)_ Congressional District. I am calling to express my strong support for H.R. 1865 - Allow States and Victims to Fight Online Sex Trafficking Act of 2017 also known as the FOSTA-SESTA legislation. I would also like to Representative _(Name)_ to support the amendment being offered by Representative Mimi Walters that will provide survivors and state and local law enforce with the legal tools to go after websites that are knowingly facilitating human trafficking, and oppose any amendment that would weaken the bill. Thank you." Call the main switchboard and ask for your Rep's office. 202-225-3121. Or, look it up here: https://www.house.gov/representatives/find-your-representative 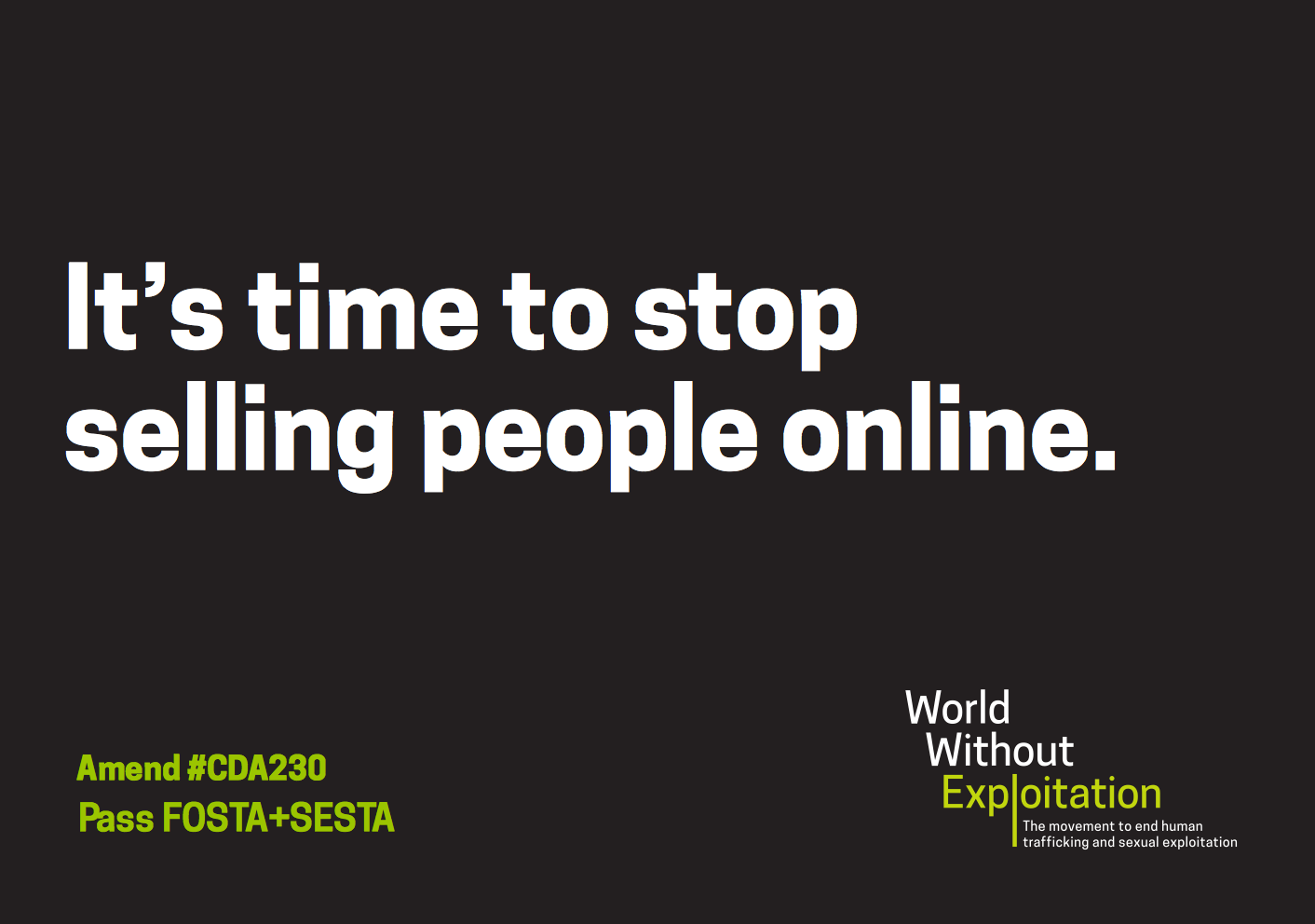