Join us Thursday on Capitol Hill. Stand with survivors to say yes to #SESTA.

The day’s events include a rally; a legislative briefing featuring survivor speak-out, remarks from Sen. Rob Portman, and the debut of a new public service video directed by Mary Mazzio (“I am Jane Doe”). The briefing will be followed by canvassing Congressional buildings. Our briefing is being hosted in cooperation with Senator Rob Portman.

The multi-billion dollar global sex trade is being increasingly powered by the internet, where classified advertising websites make buying vulnerable human beings for sex as easy as ordering a pizza. Many of those bought and sold on these websites are sexually trafficked children and adults.

That’s why amending Section 230 of the Communications Decency Act by passing The Stop Enabling Sex Traffickers Act, S.1693 (SESTA) is so critical. It will close the legal loophole that allows exploiters to escape liability for knowingly facilitating trafficking, while sending a powerful message: exploitation is unacceptable, no matter where it occurs.

Unfortunately, the new version of H.R. 1865, the Allow States and Victims to Fight Online Sex Trafficking Act of 2017 (FOSTA) is a far departure from its original text. It fails to provide survivors with the legal remedies they deserve and continues to give websites broad immunity from legal liability. Perhaps that shouldn’t be a surprise: FOSTA was developed with no input from the survivors of trafficking who are speaking out in support of SESTA.

It's time to pass SESTA. 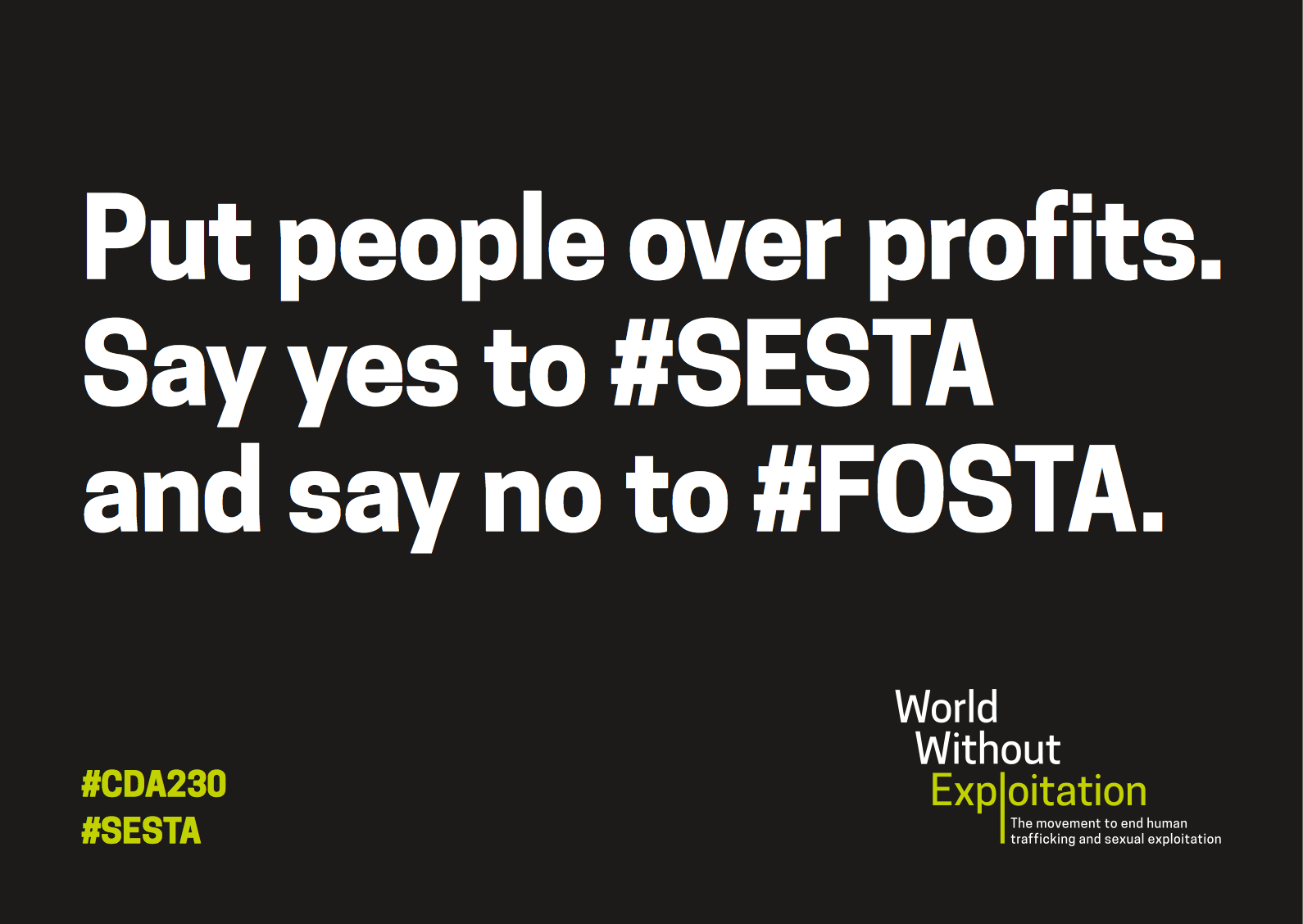