The New York City subway and bus system are currently plastered with ads for a "Sex Work Pop Up," a six-day campaign that seeks to make the case for legalizing the exploitation of those in the sex trade by decriminalizing pimping, sex buying, and brothel owning.

Sex trade survivors, service providers, women’s rights organizations and many others are collectively saying:  MTA, it’s not OK to run political ads that legitimize the buying and selling of human beings. https://www.equalitymodelny.org/letter-outfrontmedia-mta

Here are the facts. The vast majority of those in the U.S. sex trade were first bought and sold in it before their 15th birthday. In almost all cases, their lives have been affected by poverty, childhood sexual violence, homelessness and failures in the foster care system.

Once in the sex trade, the ongoing harm is severe. Multiple studies have found that more than 90% of people in the sex trade endure extreme physical abuse. Studies also show that 72% of this population have suffered traumatic brain injury, caused most often by pimps and sex buyers. Violence is the norm in the sex trade, not the exception. And study after study shows that making the sex trade legal will not make it safer for those who are in it.

In 1992, the New York City MTA banned advertising that promotes tobacco products, because of the demonstrated harm to the public from usage. The goal of these MTA ads is to peddle prostitution to children and curious teens, without sharing a shred of reality about the danger this poses to them.

It’s past time to take down these ads and tell NYC transit riders the truth about sexual exploitation. 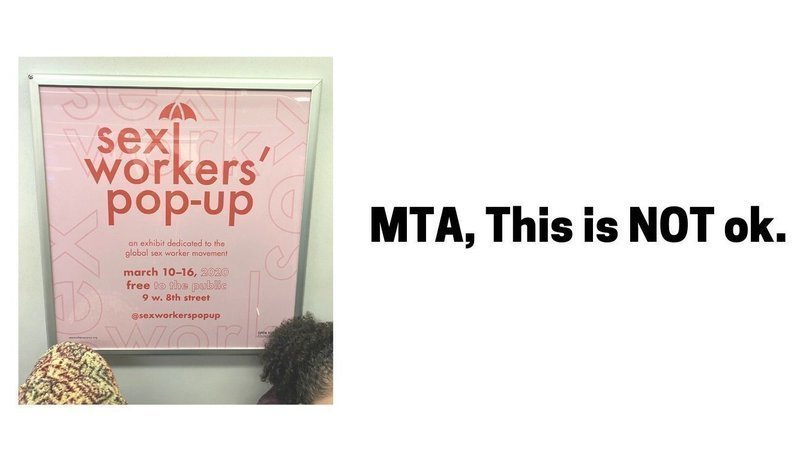