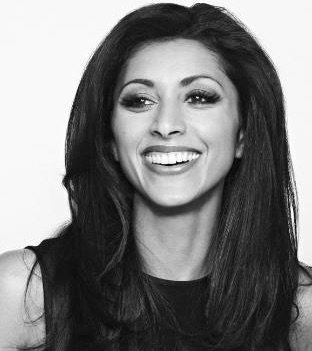 Reshma is also an accomplished vocalist and graduate of the famed Opera department at the Cincinnati Conservatory of Music. Immediately following graduation, she garnered the lead role of Priya in A.R. Rahman's / Andrew Lloyd Webber's First Broadway National tour of "Bombay Dreams". Shetty then opened to rave reviews in her Off-Broadway debut at The New Group, starring in Ayub Khan-Din's "Rafta Rafta."

Reshma was one of the first beautiful faces of Cindy Crawford's "Meaningful Beauty" line and continues to work with various organizations dedicated to public service meant to raise awareness and combat prejudice and discrimination. Some of her favorite organizations include Lend a Hand India, New York's New Abolitionists and most recently she partnered with Apne Aap Women Worldwide, a grassroots Indian organization, where Reshma had the opportunity to speak at the United Nations on working to empower girls and women to prevent sex trafficking.