We’re working to create a world where no person is bought, sold, or exploited. Read more about our latest efforts here. 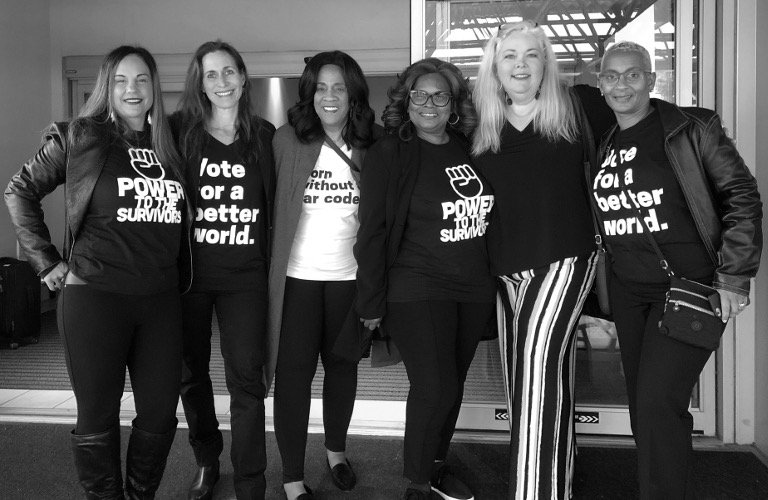 Power to the survivors.

The movement to end human trafficking and commercial sexual exploitation is powered by survivor-leaders. 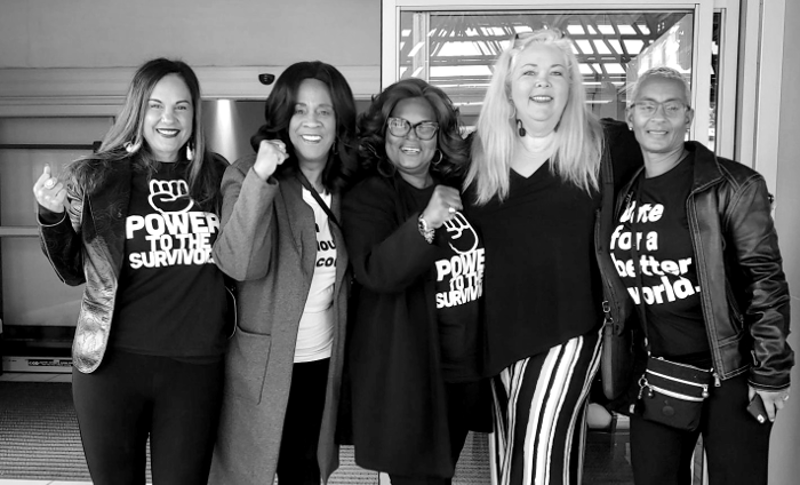 Winning the battle against exploitation means fighting it together.

Creating an exploitation-free world starts with holding those who buy and sell other human beings accountable. This is why over 100 World Without Exploitation (WorldWE) allies traveled to Washington, DC on October 17th to stand in opposition to the “Community Safety and Health Amendment Act of 2019.” If passed, this bill would decriminalize pimps, sex buyers and brothel owners in the District, leading to an increase in commercial sexual exploitation. 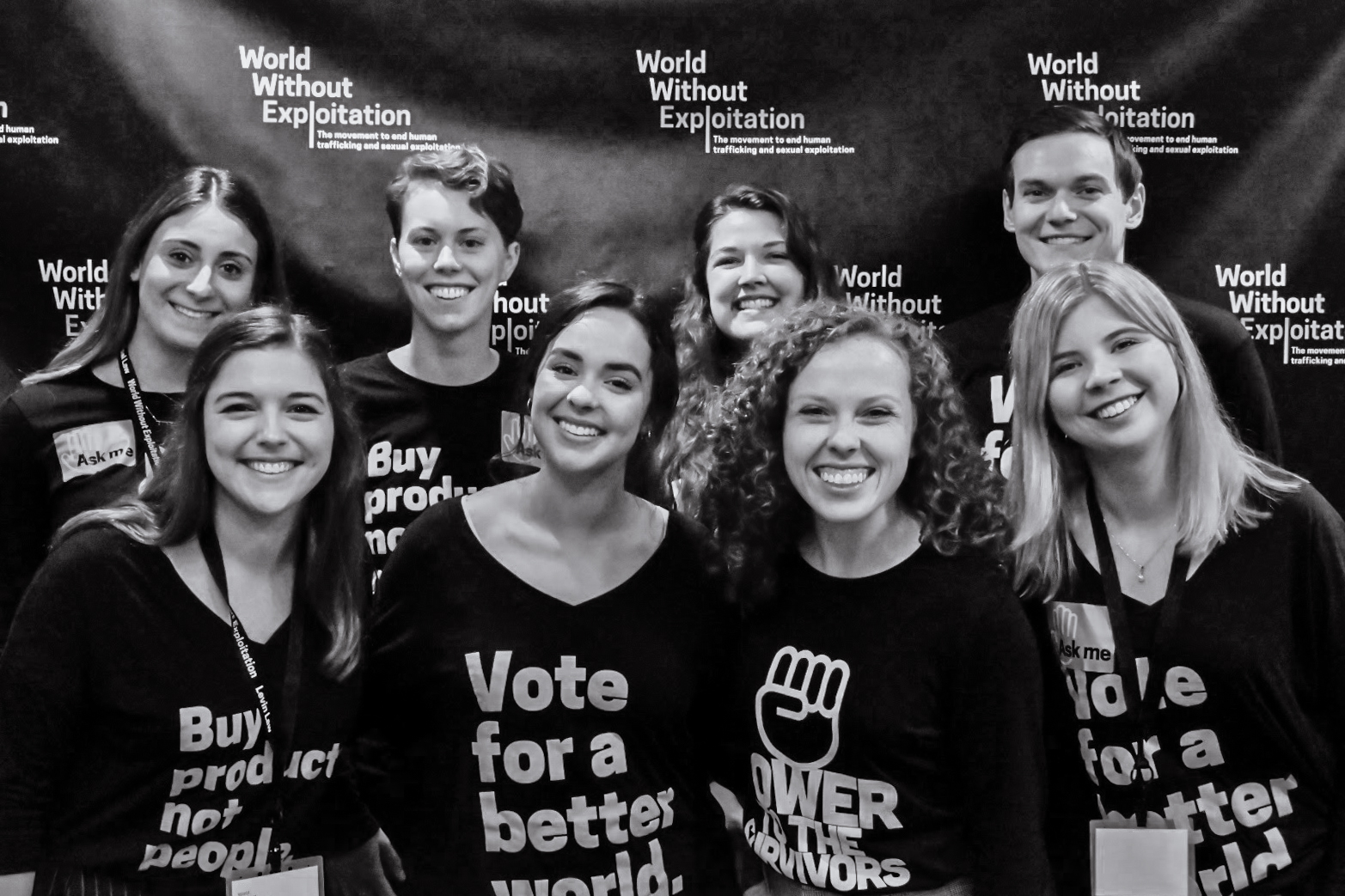 Creating space and coming together. 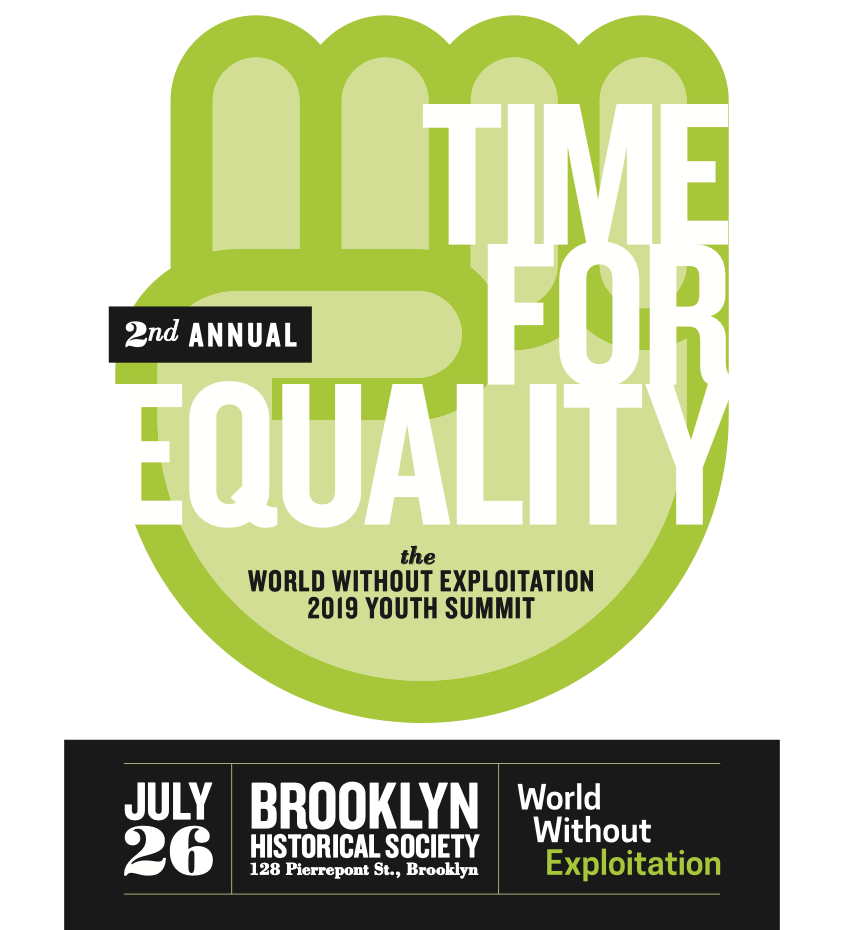 Register today for the 2019 Youth Summit. 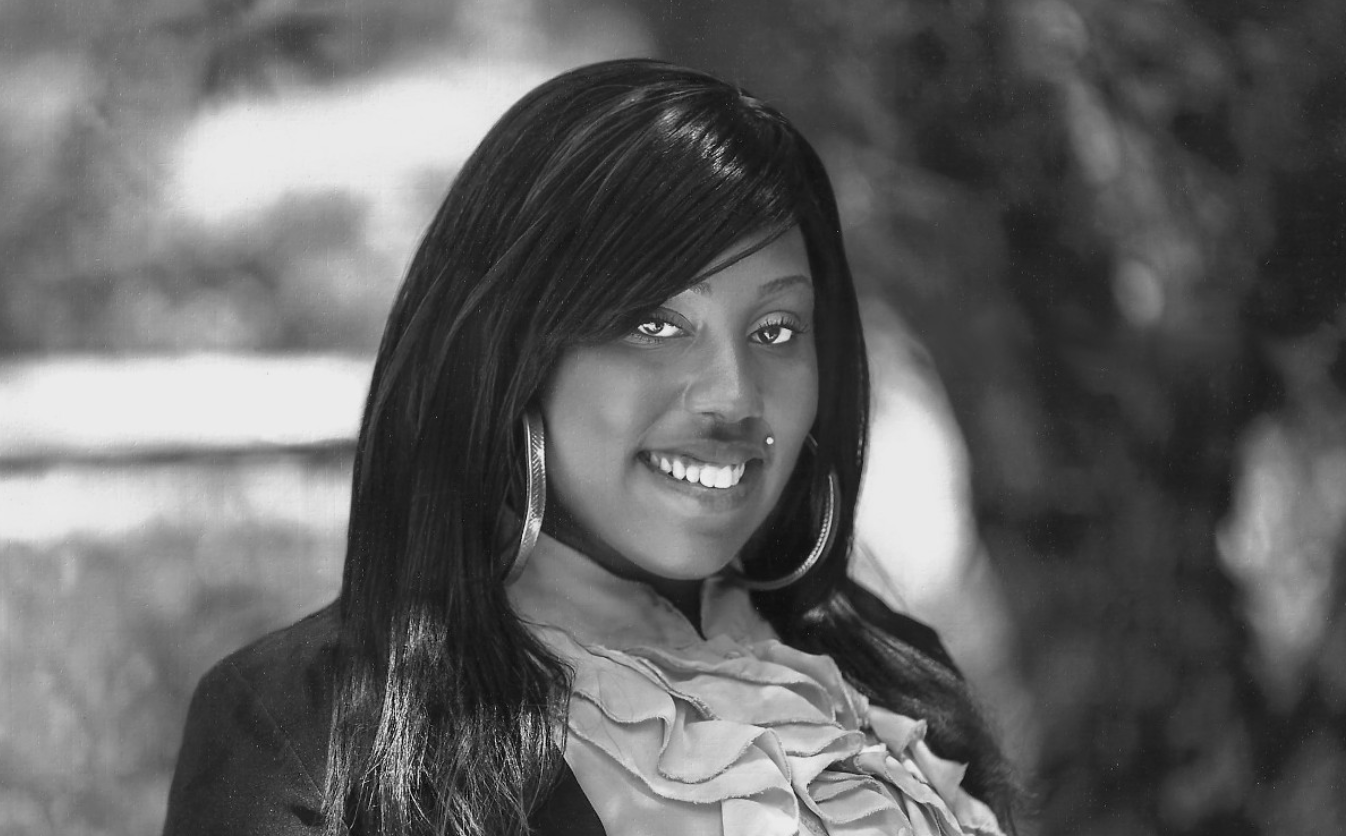 It's the journey, not the destination.

When someone has lived through gender-based violence or exploitation, what does it really take to heal? Here’s what we know for sure: True healing doesn’t happen easily. It doesn’t happen overnight. And it definitely doesn’t happen in a vacuum. It happens in community with other survivors, and with the economic support that is necessary for any person seeking to exit “the life.” Put another way: It’s not just about survivor strength. It’s also about social support. And that’s on all of us. 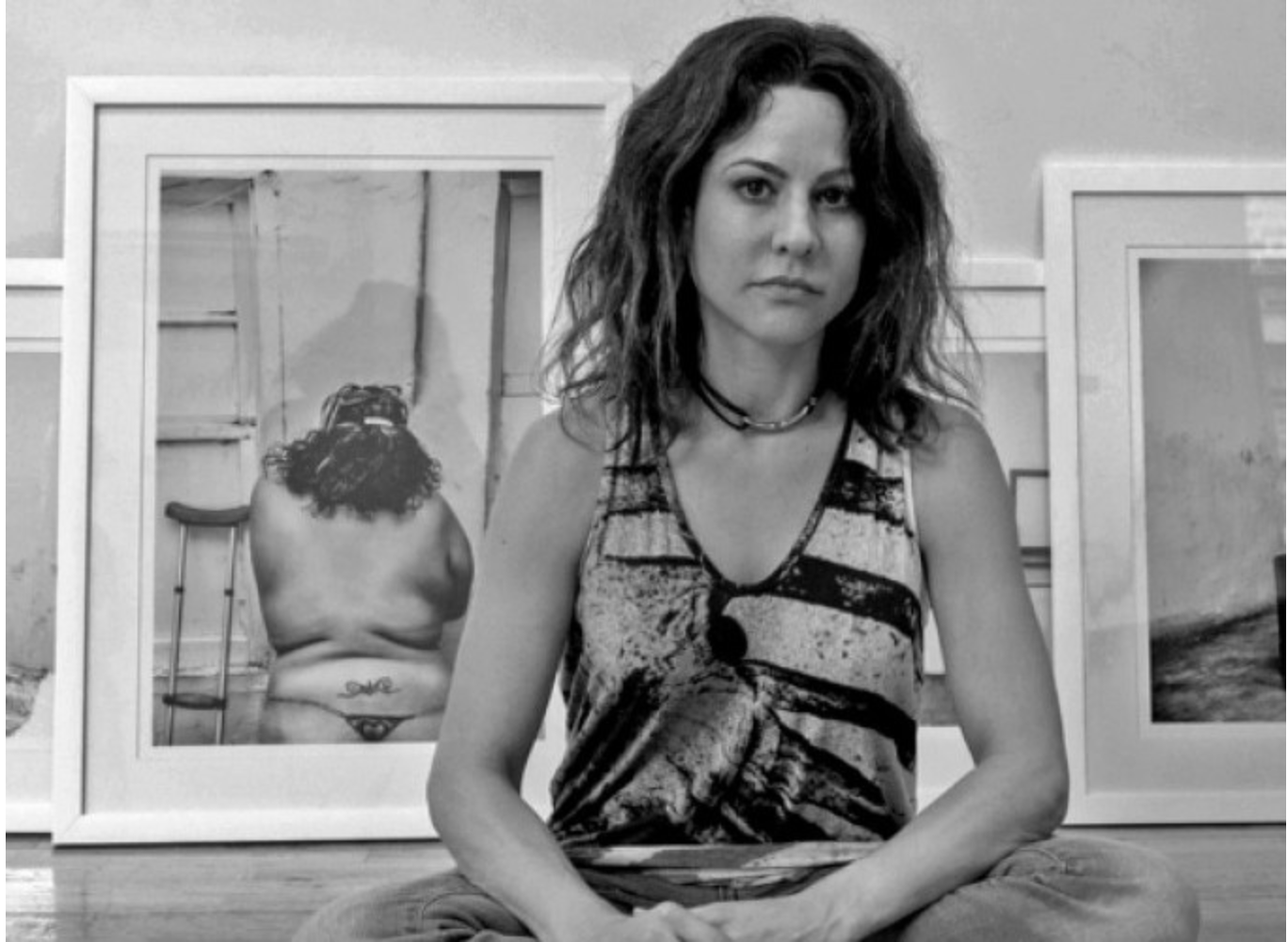 It's time for a new narrative.

In a world that too often glamorizes, sensationalizes, or minimizes the damage done to those in the sex trade, creating a counter-narrative is critical to creating change. No one knows that better than Ada Trillo, an award-winning photographer who documented the stories of prostituted Juarez women in her groundbreaking exhibition, “How Did I Get Here?” 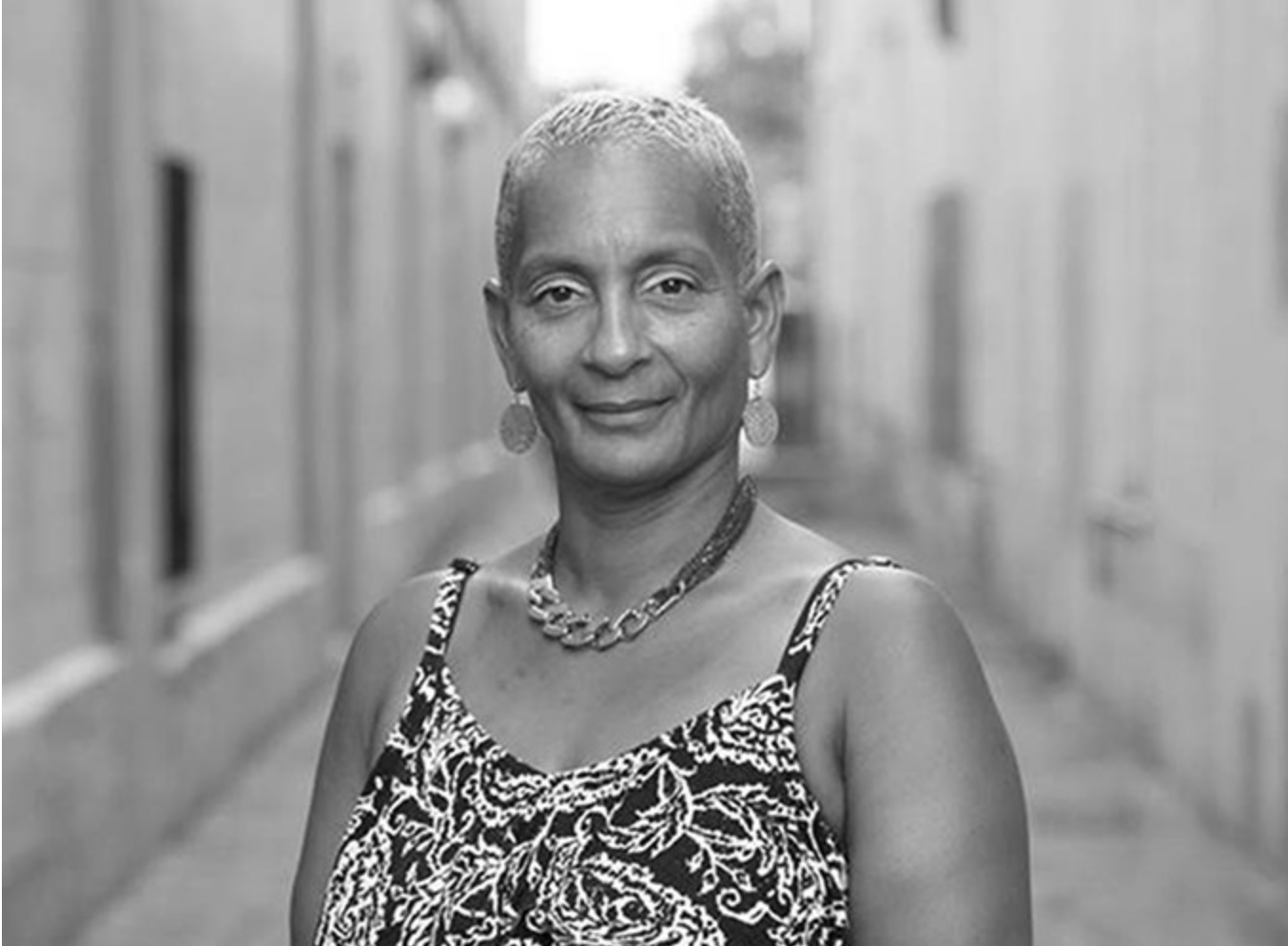 What's next for the movement to end human trafficking and sexual exploitation?

Now & Next: The 2019 World Without Exploitation Convening will bring together a national community of coalition members and allies to explore what’s new and what’s next in the movement to end human trafficking and sexual exploitation. With a four-part focus on direct service, legal advocacy, communications & storytelling, and trauma stewardship – and an extraordinary roster of panelists and speakers - Now & Next will be both aspirational and practical. 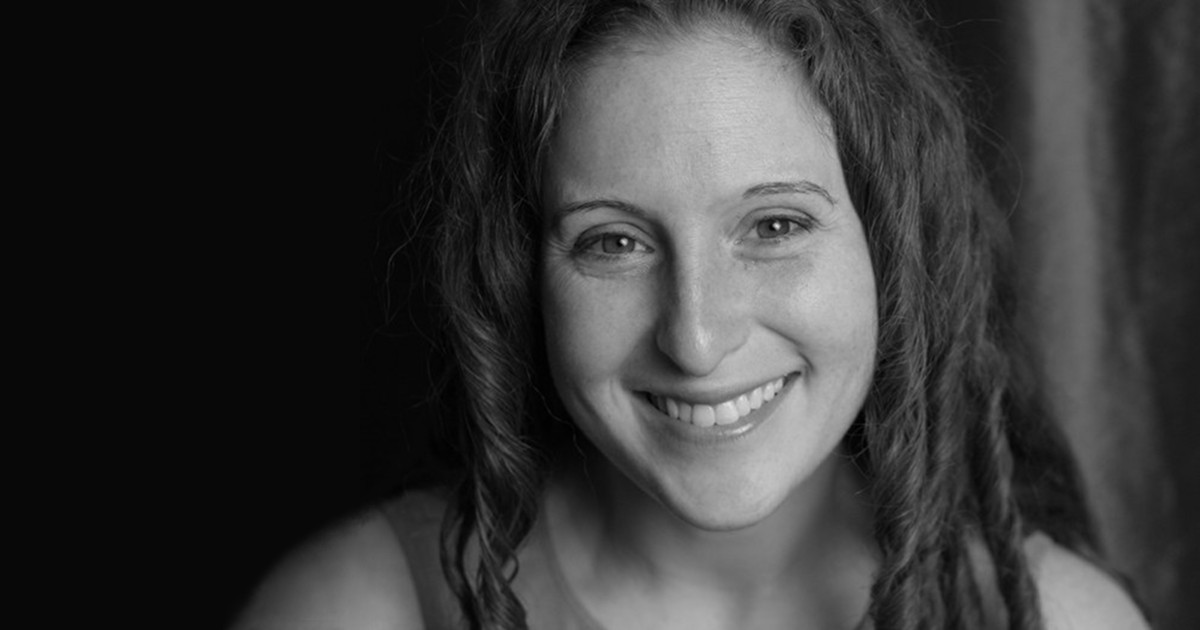 How do we create a more effective, sustainable movement to end exploitation? With care. 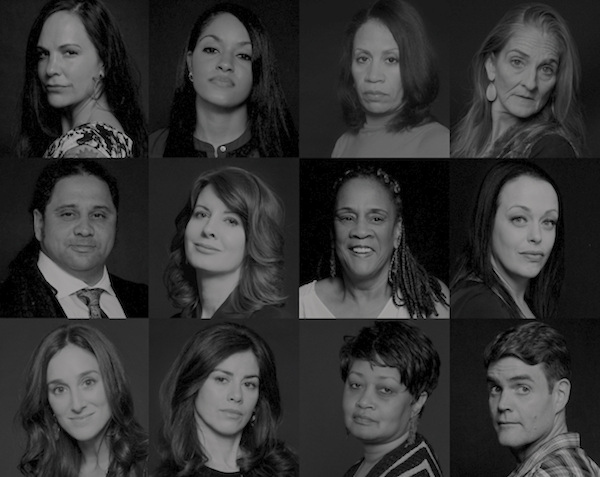 How do we create lasting political and social change? By coming together.

Now & Next: The 2019 World Without Exploitation Convening will bring together a national community of coalition members and allies to explore what’s new and what’s next in the movement to end human trafficking and sexual exploitation. Now & Next will be both aspirational and practical, homing in on actionable ways to make our movement and our membership more effective.

Sometimes our pain is what makes us powerful.

Join us for a special staged reading of the theatrical adaptation of Lived Through This, the critically praised book by Anne K. Ream.

What will it take to create a safer and more just world for women? Better men.

We’re creating a world where no one is bought, sold, or exploited. We can’t do it without you.

This year, World Without Exploitation - the national coalition to end human trafficking and sexual exploitation – created more change in more ways and places than ever before. What made that possible? The survivor leaders who inspire and drive our work. The 135+ member groups at the heart of our national network. And people like you. 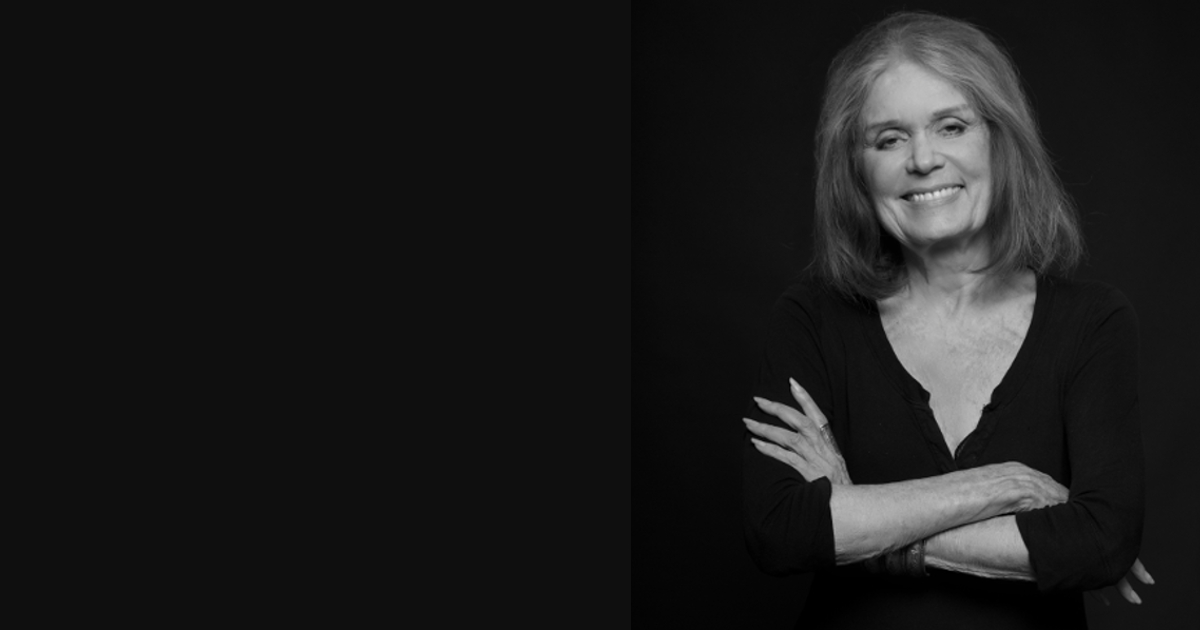 Her story is our story.

Five decades after writer and activist Gloria Steinem began raising her voice for equality while championing the voices of others, her vision feels more urgent than ever. Gloria’s life’s work and philosophy on the necessity of conversation as a catalyst for change are both timely and necessary right now. Which is why GLORIA: A LIFE – a play written by Tony Award-nominee Emily Mann and directed by Tony Award-winner Diane Paulus - is a must-see for WorldWE members and allies. On December 7th, please join WorldWE and Apne Aap for a special performance of this groundbreaking play, followed by an audience talk-back featuring actor and activist Ashley Judd. 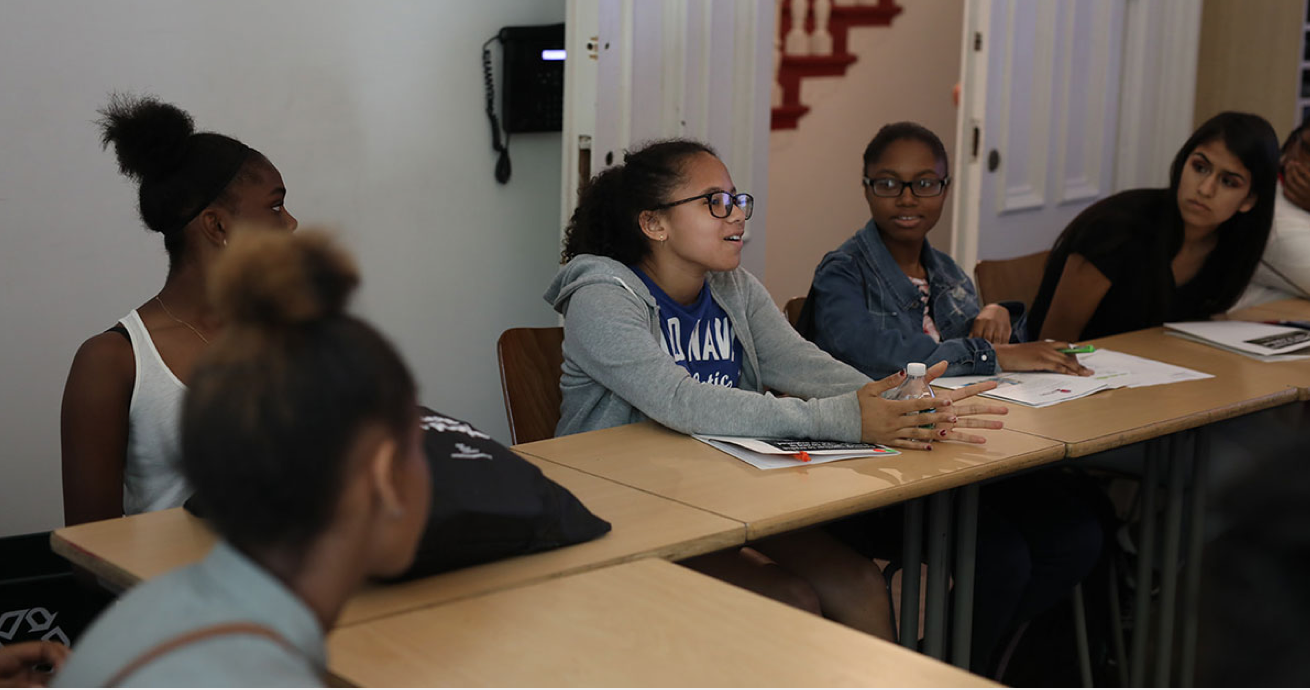 Want to change the world? Start by changing the conversation.

t’s time to talk. About why, in 2018, millions of people across the globe are still being bought, sold, and exploited. About what the stories of survivors can teach us about the root causes of commercial sexual exploitation. And about how we can finally end the demand for prostituted or trafficked persons. Respectful, impassioned conversation is what our first-ever WorldWE Youth Summit was all about. Hosted at the Brooklyn Historical Society in July, this day long, youth-driven, survivor-centered event featured panel discussions, strategic storytelling workshops, and advocacy trainings for over 200 activists and artists, ages 16 – 28, seeking to engage more effectively in the fight to end exploitation.

“One is not born, but rather becomes a woman,” the French philosopher Simone de Beauvoir wrote in her 1949 classic, The Second Sex. Her book is a historical exploration of the ways female identity is shaped, a reminder that girls come into the world a blank slate, but don’t stay that way for very long. Brenda Myers-Powell, the founder of Dreamcatcher Foundation, an organization fighting sex trafficking in Chicago, has lived what de Beauvoir explores in print. She grew up on Chicago’s West Side, survived childhood sexual violence, and entered the sex trade at the age of 15. Twenty-four years later, Brenda finally had the courage - and the social and economic support necessary – to exit. “Most women don’t want to be in prostitution,” Brenda says. “Help them find options, and that can lead to a whole new life.”

How do we change federal law? We don’t start by lobbying. We start by listening. To survivors who have been trafficked and sexually exploited. To parents whose children’s lives have been irrevocably harmed by — and in some cases lost to — the online sex trade. And to the advocates, health care providers, and members of law enforcement who bear daily witness to the lasting damage done to those who have been bought and sold. The stories from survivor and movement allies served as the driving force behind World Without Exploitation’s fight for passage of FOSTA-SESTA. Three of those survivor leaders — Nikki Bell, Autumn Burris, and Marlene Carson — recently sat down with World Without Exploitation founding co-chair Rachel Foster, to talk about the diverse national coalition that fought for the passage of FOSTA-SESTA, how their personal stories inspired political change, and what’s next for our movement.

Our life stories are change stories.

In every life there are key moments, from birth to childhood, when everything can change. Moments when systems and institutions - including school, foster care, housing, and law enforcement - can intervene to help a woman or girl who is vulnerable to being sexually exploited. Or, as is too often the case, fail that woman or girl. The Life Story: Moments of Change was created to deepen public understanding of this truth through the stories of those who have survived sexual exploitation. These stories bring us close - at times painfully close - to the root causes and consequences of sexual exploitation. And they challenge us to think differently about the systems and solutions we need in order to create a world where no one is bought, sold, or exploited.

The multi-billion-dollar global sex trade is being increasingly powered by the internet, where classified advertising websites make buying vulnerable human beings for sex as easy as ordering a pizza. That's why amending Section 230 of the Communications Decency Act, by passing the Stop Enabling Sex Traffickers Act, S.1693 (SESTA), is so critical. In service to that goal, on January 11th World Without Exploitation headed to Washington, DC for a rally, briefing, and lobby day.

We're standing with survivors and standing up for #SESTA. Join us on January 11th for a Capitol Hill briefing.

On January 11th, join us from 11:30 am - 1:00 pm in Russell Senate Office Building - 385 for "Disrupting Online Exploitation: Why Survivors are Standing Up For #SESTA." The event will feature sexual exploitation survivor testimony, subject matter experts, and the debut of a new public service video, directed by Mary Mazzio (“I am Jane Doe”) and featuring Seth Meyers, Amy Schumer, and other allies supporting the survivor community in the fight for passage of #SESTA. “Stand Up For SESTA” is being hosted in cooperation with Senator Rob Portman.

As our country engages in a series of often painful conversations about sexual violence, exploitation, and harassment, one thing is clear: things need to change. Creating change is what World Without Exploitation - now over 110 member groups strong - is all about. When we launched our national coalition in 2016 we did so knowing that individually, we were powerful. But together, we could be a political force.

We’re fighting for a world in which free speech is protected - but the freedom to exploit is not.

The $99 billion global sex trade is being increasingly powered by the internet, where traffickers and pimps operate with impunity, and websites like Backpage post more than 100,000 escort ads every day. Most troublingly, these websites reap profits because of, and not despite, federal law. Passage of the Stop Enabling Sex Traffickers Act (SESTA) will change that, striking a blow to online traffickers without limiting the free speech protected by the First Amendment. That’s why World Without Exploitation – and dozens of our member groups – are actively working toward passage of SESTA. We hope you’ll join us in our fight.

How do we change minds, hearts, and laws when it comes to human trafficking and sexual exploitation? We start by having candid and respectful conversations. In our homes. In our communities. And on Capitol Hill. With that goal in mind, World Without Exploitation recently traveled to Washington, D.C. Survivor leaders Autumn Burris, Vednita Carter, and Tom Jones spoke about trafficking and exploitation as racial, gender justice, and income inequality issues, while making it clear that this billion dollar industry is built on human pain.

When people talk about trafficking and exploitation, they often focus on its impact on those who are “in the life.” But being bought, sold, or exploited can leave wounds that linger long after someone has left the sex trade. Nikki Bell, a World Without Exploitation partner, wants people to understand that. Nikki is speaking and writing about her experiences in order to change the conversation we’re having about prostitution and trafficking.

During a moment in America’s national life when discussions about undocumented workers too often focus on building walls, rather than understanding the economic and social conditions from which people are fleeing, the stories of those who have been exploited matter more than ever.

Are prostitution and sexual exploitation harmful because pimps and traffickers are exploiting people in an unregulated industry? Or is being bought and sold inherently damaging? For World Without Exploitation partner Jennifer Gaines, the answer is clear. A survivor of the sex trade who was exploited on Backpage - the online classified website that shut down its adult section after the January release of a damning United States Senate report - Jenny is speaking out to challenge the idea that prostitution is a victimless crime.