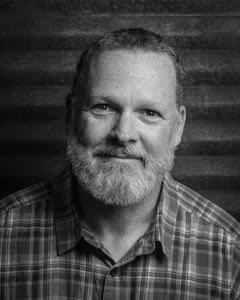 In 2010, Tom began engaging in the anti-trafficking fight and quickly noticed that while men are the primary force behind the demand that drives sexual exploitation, very few were practically involved in the efforts to eradicate it. The EPIK Project is his attempt to engage men in effective and sustainable ways. Through an innovative and collaborative relationship with the Portland Police Bureau and the Multnomah County DA's office, Tom has led an all-volunteer effort that’s grown to a national effort and succeeded in intercepting more than 180,000 online attempts to purchase sex by over  85,000 individual buyers in a little over 6 years. By training men how to engage local sex buyers directly at the point of sale, his work has helped to successfully disrupt local online markets for illegal sex. This model has been replicated in 14 cities across the country. But while disrupting the market is a positive step, EPIK recognizes the need to disrupt the cultural narrative that enables exploitation. This calls for broader collaboration and greater creativity. In addition to this work, Tom is a member of the Oregon Attorney General’s Advisory Committee on sexual exploitation, Previous to that, he led a multidisciplinary team of law enforcement, prosecution, business and faith communities as the head of the Demand Subcommittee for the Multnomah Co. CSEC Executive Team. Tom has presented both locally and nationally on the centrality of equipping male allies and focusing on demand reduction as a critical component for any strategy serious about ending commercial sexual exploitation. These presentations include the United Nations’ global Council on the Status of Women, and the JUST Conference.