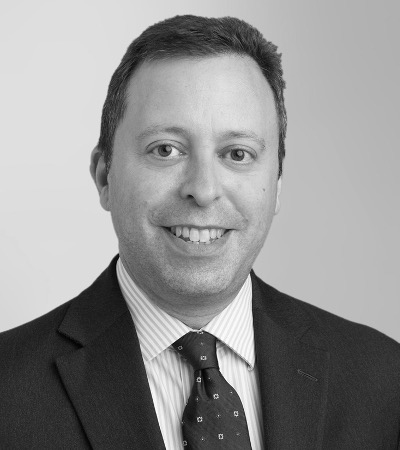 William C. Silverman is a partner responsible for leading Proskauer’s global pro bono efforts, which provide assistance to individual clients and nonprofit organizations in litigation as well as transactional matters. He focuses on identifying and securing pro bono opportunities and partnerships for Proskauer lawyers and ensuring widespread participation in these projects.

Bill has robust private and public sector experience and a strong criminal and civil background. He has worked extensively on government investigations and white collar criminal matters, as well as complex civil litigation in federal and state courts. He also served as an assistant U.S. attorney in the Southern District of New York, where he led criminal investigations, conducted trials and handled Second Circuit appeals.

Throughout his career, Bill has dedicated himself to the promotion of equal access to justice through pro bono service, particularly in the area of family court, anti-trafficking, and immigration.

Bill spearheaded a partnership among several law firms, corporations and the New York City Family Court to provide free legal advice to pro se litigants. The New York City Family Court Volunteer Attorney Program now has more than 400 volunteer attorneys from 40 major firms and corporations. Bill also helped build a coalition of organizations in a successful effort to secure additional Family Court judges in New York. He was also part of the successful effort to raise the age of criminal responsibility in New York, which, until recently, was one of only two states where 16 and 17 year olds are automatically placed in the adult criminal justice system.

Bill serves as counsel to the New York State Anti-Trafficking Coalition. In that capacity he has been a strong advocate for changes in the law and public policy to protect victims of human trafficking and bring perpetrators to justice. He also represents individual clients in this area, including a successful federal lawsuit brought on behalf of a trafficking victim against her traffickers. For his work, he was named by domestic violence nonprofit Sanctuary For Families as one of “New York’s New Abolitionists.”

Bill has spoken at numerous conferences and events, including New York Chief Judge Jonathan Lippman’s Hearings on Civil Legal Services and the American Bar Association’s Equal Justice Conference. In 2014, he attended a meeting at the White House with Vice President Joe Biden and other policymakers on the need for access to legal services in immigration proceedings.

Bill has been recognized for his public service with the Special Leadership Award for All-Around Excellence in Corporate Social Responsibility & the Law from City & State Reports (2015); the Above and Beyond Award for Excellence in Pro Bono Service from Sanctuary For Families (2008 and 2015); the Commitment to Justice Award for Outstanding Partner from inMotion (2008); and the Matthew G. Leonard Award for Outstanding Pro Bono Achievement from MFY Legal Services (2007).

Outside of his work at the firm, Bill serves on various committees and non-profit boards, including the National Council of Juvenile and Family Court Judges (NCJFCJ), one of the largest and oldest judicial membership organizations in the country. Bill is currently vice chairman of the Fund for Modern Courts, a non-partisan citizen organization devoted to improving New York State courts, and chairman of Legal Information For Families Today (LIFT), an organization devoted to unrepresented litigants in Family Court.