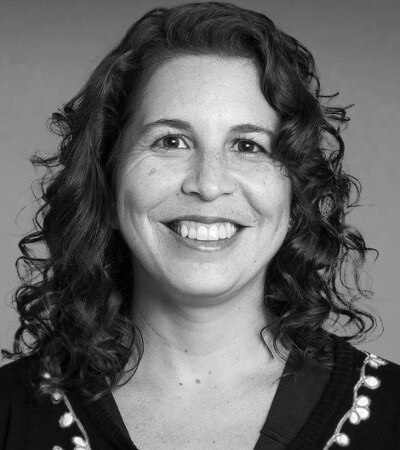 Veronica Ades, MD, MPH is a board-certified obstetrician-gynecologist. She completed her Doctor of Medicine degree at the State University of New York at Downstate in Brooklyn, NY, and a Master’s degree in Public Health with a concentration in Quantitative Methods at the Harvard School of Public Health. She completed residency training in obstetrics and gynecology at the Albert Einstein School of Medicine in the Bronx, NY, and a fellowship in Reproductive Infectious Disease at the University of California, San Francisco. Dr. Ades also completed a Certificate in Comparative Effectiveness at the NYU School of Medicine. Dr. Ades has worked with Médecins Sans Frontières/Doctors Without Borders on assignments in Aweil, South Sudan in 2012 and 2016 and in Irbid, Jordan in 2013.
‍
Dr. Ades is an Assistant Professor of Obstetrics and Gynecology and Director of Global Women’s Health at the New York University School of Medicine. Her clinical work is at the New York Harbor VA, Gouverneur Health, and Bellevue Hospital. She is the Founder and Director of the EMPOWER Clinic for Survivors of Sex Trafficking and Sexual Violence at Gouverneur Health on the Lower East Side. Dr. Ades conducts research on sexual- and gender-based violence and trauma, and runs the Empower Lab at NYU.